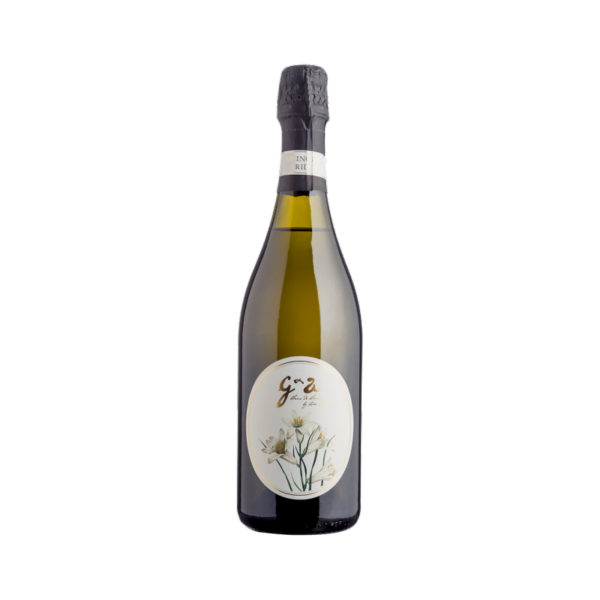 Swinging Bridge G&A Blanc de Blanc 2017. Named in honour of two supportive women in Tom’s life, Georgie his wife and Anne his mother, our G&A Blanc de Blancs is delicate and fresh with hallmarks of the cool climate of Orange.

Swinging Bridge G&A Blanc de Blanc 2017. Named in honour of two supportive women in Tom’s life, Georgie his wife and Anne his mother, our G&A Blanc de Blancs is delicate and fresh with hallmarks of the cool climate of Orange.

Enjoy with…
Oysters or delicate cheeses.

MEET WINEMAKER TOM WARD
It can be hard to track Tom Ward down, because, as a passionate viticulturist and winemaker, he prefers to be out among his vines than talking about his wines, or himself, at his iconic Swinging Bridge cellar door.

Tom hails from a Canowindra farming family of some 150-year standing, so you could say that soil is in his blood. But it was when he turned his attention to the family vineyard, and, in particular, further afield to the vineyards of the nearby Orange region, that his passion for making premium cool-climate wines took hold.

Over the course of his early career, Tom worked as a viticulturalist in Orange across a number of iconic vineyards and different elevations, working in development and management for one of the industry’s largest viticultural developers. He then went back to university to study winemaking, to finesse his skills from vine to final wine.

The Swinging Bridge viticulture team is constantly walking the vineyards and “sweating the details”, as Tom says. It’s all about attention to detail. There are no grand aspirations to be the biggest winemaker, but rather, to build unique small lots with a focus on fruit quality and vine health.

“We’re constantly in the vineyard, which gives the insight we need to produce wines that typify the region, the season and showcase the finest grape parcels.”

WINEMAKING
Tom’s winemaking philosophy is equally as uncompromising: to make premium-quality wines that speak directly of their regional provenance, and more particularly, the unique terroir of the vineyard. “In a high-elevation, cool-climate region like Orange, the wines need to have brightness and no forced acidity. For a cool-climate Chardonnay, for example, we need the oak to support; not dominate. Most of our best input goes into creating wines with texture and long life.”

Bridging the past and the future

Swinging Bridge Wines is, initially, a tale of two families, the Wards and the Paytens, cousins who have farmed in the district since 1867. The wines in the Winemaker Series pay homage to this historic connection, being named for eminent and beloved family members, such as the Mrs Payten Chardonnay and M.A.W. Pinot Noir (Tom’s father, Mark Andrew Ward). The name Swinging Bridge refers to the historic wooden footbridge that spans the Belubula River in Canowindra, at the foot of the original Swinging Bridge vineyard, first planted with Shiraz and Chardonnay vines in 1995.

In 2008, having spent many years working as a viticulturalist at Swinging Bridge, and after completing a university course in winemaking, Tom Ward took the reins at Swinging Bridge to make more wines under his own label, as a complement to the estate’s 100ha that were supplying grapes to large-scale wineries. Always intrigued by the enormous potential afforded by the cool-climate varieties produced in the region, he turned his attention to sourcing Sauvignon Blanc and Chardonnay from a selection of premium Orange vineyards, including Hillcrest Park, planted in 1998 by Peter and Lee Hedberg.

After selling up in Canowindra, Tom and his family set down their own roots in Orange, taking over the Hedberg’s iconic estate. Here, he and his wife, Georgie, live and run Swinging Bridge, which they consider to be the best site in Orange for Chardonnay and Pinot Noir, and which they’ve renamed Hill Park. A formidable viticulturalist and winemaker, Tom has been the driving force behind the progress and development of the estate into what it is today – a benchmark producer and maker of premium-quality cool-climate wines that showcase the best of the Orange region. 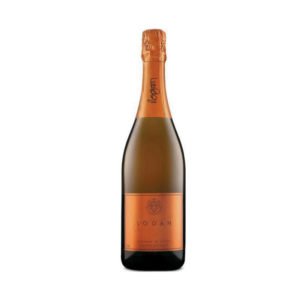 Logan Vintage ‘M’ Cuvée  2016 is a perfect blend of 66% Chardonnay, 20% Pinot Noir and 14% Pinot Meunier grapes. It flaunts a pretty rose gold colour accompanied by a fine mousse. The complex bouquet exhibits brioche and nutty aromas from lees ageing, which combine with fruit toast and oyster shell fragrances to please your senses. This dazzling drink is dry and crisp on the palate, containing appealing characters of wild strawberries, lemons and almonds. The long finale is gratifying. Make the most of this wine’s flavour profile by serving it with Gruyère cheese, chicken in almond sauce, or a white fish preparation. 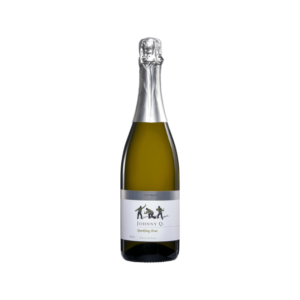 Johnny Q Sparkling N.V  is  straw green with a fine gas bead and persistent mousse. The refreshing lemon citrus aromas of Chardonnay are in harmony with the zesty lift of the Semillon. A very refreshing, easy drinking sparkling style wine, with generous citrus fruit flavours enhanced with creamy mouth filling characters and where the wine finishes soft, crisp and clean… 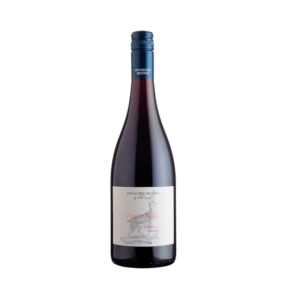 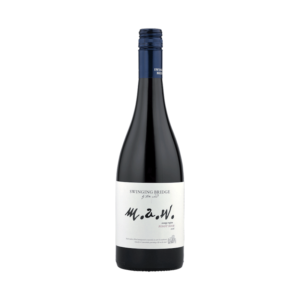 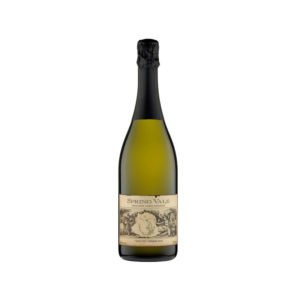 The “Salute” Sparkling comprises 72% Pinot Noir, 23% Chardonnay and 5% Pinot Meunier. The aromas show fresh strawberry and lemon zest with an underlying bouquet of vanilla and sour dough. … A classic aperitif sparkling, delicious with Tassie oysters in a crispy Tempura batter. 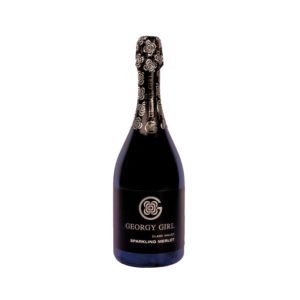 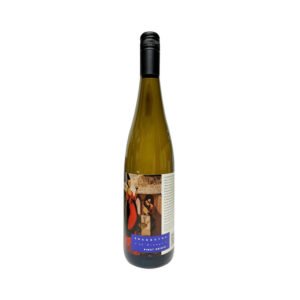 Brangayne Pinot Grigio  2019 was handpicked from selected parcels of fruit from the Ynys Witrin vineyard. Pale in colour, it has crunchy pear and green apple aromas with underlying honeydew varietal flavours. With its tight, crisp, light chalky and mineral finish, this is Grigio in style! 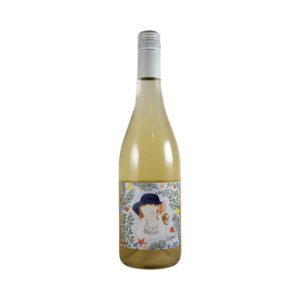 A little sassy, full of vitality and a touch of boldness, the Clementine Pinot Gris and Blushing Minnie have much in common with their namesake, Winemaker Peter Logan’s adorable little girl, Clementine ‘Minnie’ Logan.

Fermenting the wine on its own skins results in the stunning orange colour, delicious texture and crunchy tang of the Pinot Gris. While the ‘Blushing Minnie’ Pinots is a light, juicy, early drinking red that’s predominately pinot noir and part skin fermented pinot gris, making it delicious to drink young and also chilled. Pretty and perfumed, mixing fruits, floral and spice characters, both wines are fresh and fun with a distinctive twist.

Logan  Clementine de la mer  2019 is a little cloudy like the ocean with a pale yellow colour. It has bright aromas of lemon, poached quince, wattle, ginger and clementine with citrus peel, nashi pair and the salty tang of sea spray on the palate. 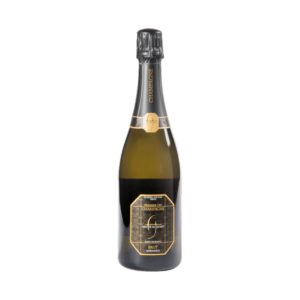 Brilliant pale gold, with a tight bead and persistent mousse. The chardonnay provides green pear apple and toasted bread on the nose, with distinct wet stone minerality. Lush creamy mousse upon entry, rich full and crisp, with warm toasty elements. Explosive aged Chardonnay elements, intense minerality and great depth of flavor. Length and persistence of Burgundian style Chardonnay in the finish. Regardless of whether a festive occasion, aperitif high class, or with dinner, this wine deserves to be enjoyed with delicate dishes such as a Sole “Meuniere,” steamed lobster, or halibut. 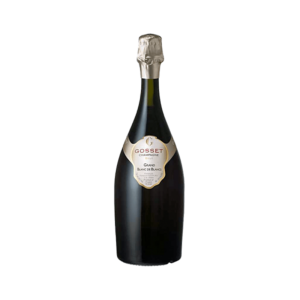 Gosset Grand Blanc de Blanc N.V  is both mineral and floral, with aromas of flowers mixed with white fruits, apricot and Mirabelle plum. There are very light notes of lemon and other citrus fruits, crystallised quince and honey. The palate it is harmonious, complex and delicate, with great freshness. It is a crisp and well-structured champagne with a gentle silky finish. It is the perfect aperitif and is excellent paired with seafood such as scallops, crab or lobster.. 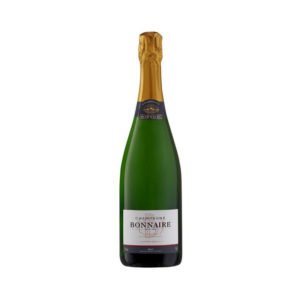 The NV Blanc de Blancs Grand Cru Brut is a clear, fresh and chalky Chardonnay from Cramant in the Côte des Blancs that opens with lovely intense and soft white fruit aromas. It is a mouth-filling, very elegant and finessed Cramant with highly digestible balance and stimulating lightness in alcohol (12%). The finish is charmingly round and fruity but also has the typical chalky texture that gives it perfect balance. This is an excellent cuvée with a delicate, salty, well-structured finish.