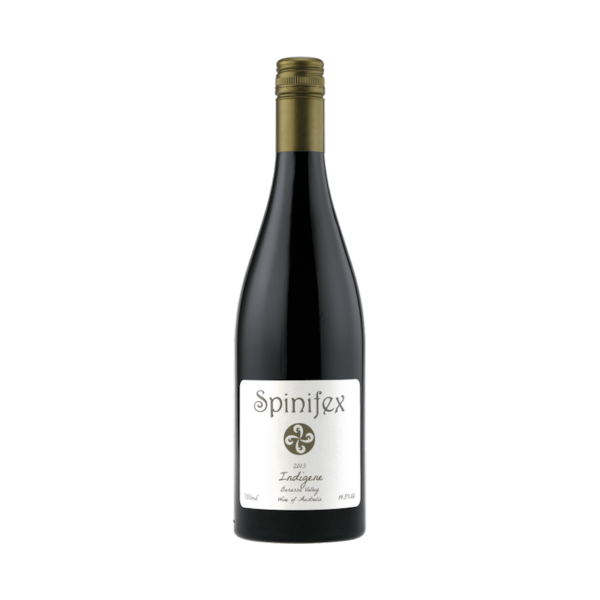 Winemaker Peter Schell is a master blender, constantly searching for balance and a more refined vision of the Barossa.

The Indigene is a classic Rhone Valley blend of Shiraz & Mataro , sourced from six vineyards averaging 70 years of age.

The 2013 follows in the 2012’s footsteps being a more delicate and vibrant wine than in previous years, but it certainly doesn’t lack power or complexity.

With 96 points from James Halliday, 94 points from Mike Bennie on release, and now a little extra time in bottle, this wine is really coming into its own.

Winemaker Peter Schell is a master blender, constantly searching for balance and a more refined vision of the Barossa.

The Indigene is a classic Rhone Valley blend of Shiraz & Mataro , sourced from six vineyards averaging 70 years of age.

The 2013 follows in the 2012’s footsteps being a more delicate and vibrant wine than in previous years, but it certainly doesn’t lack power or complexity.

With 96 points from James Halliday, 94 points from Mike Bennie on release, and now a little extra time in bottle, this wine is really coming into its own.

Spinifex Wines owners and operators, Peter Schell and Magali Gely, have had a home in the Barossa Valley for over twenty years and hold a strong commitment to and passion for the Barossa. They also have a strong French connection, both physically and philosophically.

Magali’s family, who up until recently were vignerons with a long lineage in Lunel, near Montpellier, still live in south France, and over the last ten years Peter has worked six French vintages, in Provence, the Languedoc, Bordeaux and Burgundy.

Time spent in the south of France has fuelled their interest in making unique, hand crafted wines with personality, which are generous and honest expressions of the varieties and their provenance.

Spinifex Wines grapes are sourced from a group of dedicated growers in both the Barossa and Eden Valleys, taking advantage of the great diversity of the soils and meso-climates of the Barossa to create wines with balance, character, depth of flavour and Barossan generosity.