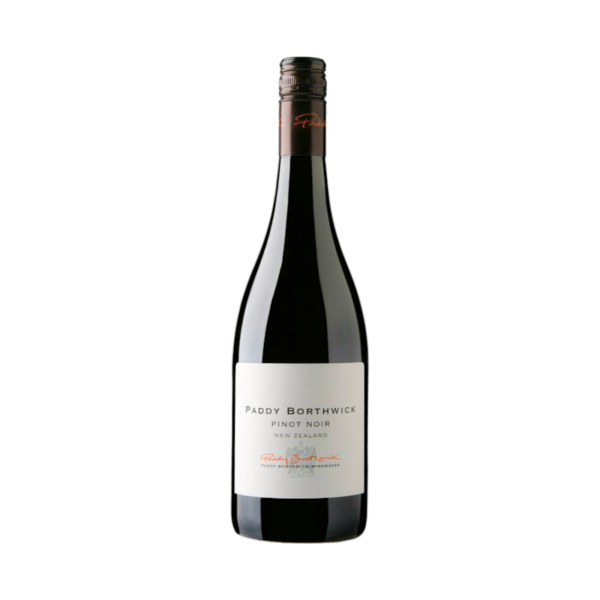 Whether it’s sitting on an apple box in 1892 selling Borthwick meat at London’s famed Smithfield market or presenting wine at an international trade show, this is story about people, place, wine and food.

Paddy’s family association with farming and the fine food it produces dates back to his great-great grandfather, Sir Thomas Borthwick who was a pioneer in the English meat trade. Originally a butcher, Sir Thomas went on to be one of the first to export frozen meat to England to all parts of the globe.

In 1936, Paddy’s grandfather, PJ Borthwick, immigrated to New Zealand and purchased Te Whanga Station 100km’s to the north of Wellington in the Wairarapa district . Since then, Te Whanga has passed through three successive generations, and developed an enviable history over 75 years as one of New Zealand’s pre-eminent Angus cattle and sheep stations. Te Whanga is home to 700 Angus stud cattle and 10,000 sheep grazing on 1600 hectares of pristine farming country.

Following in the footsteps of great-great grandfather Thomas, Paddy was looking for diversification to farming, and saw the Wairarapa having an ideal climate for growing super premium wine grapes. So in 1985 Paddy left Te Whanga in the capable hands of his family, and trained at the world renowned Roseworthy College in Australia as a viticulturist and wine maker, embarking on a career spanning five countries and three continents before settling back into the Wairarapa. In 1996, Paddy and his father Robin began planning the 27-hectare Borthwick Vineyard and Winery.

Families are a big part of the Borthwick philosophy and play an important role in making everything function on the Station and the Vineyard. As patriarch Robin still has an active role around the vineyard and farm, especially in the famed Angus Cattle stud. Paddy’s wife Sarah maintains the Te Whanga homestead’s historic seven acre garden which has been recognised by the NZ Gardens Trust as a Garden of National Significance. Sarah is also part of the whole business and with Paddy are raising the next generation. The families that help manage and work on the station and winery all play an integral part in making the vineyard, winery, farm and the whole rural business successful and enjoyable.