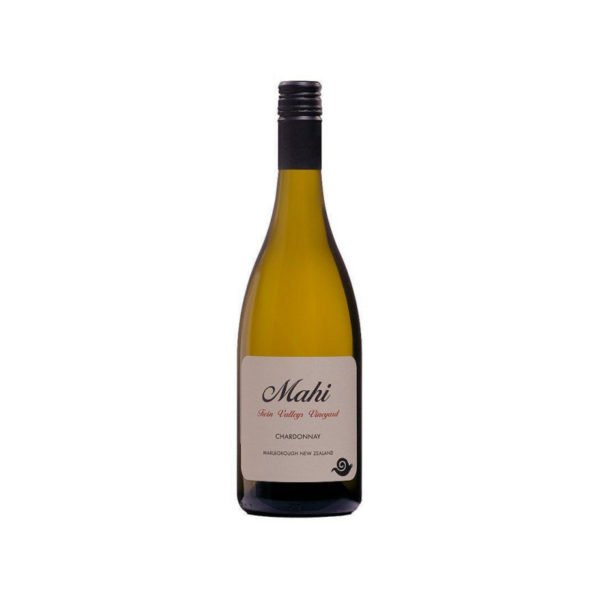 Mahi Twin Valleys Chardonnay 2016 is an elegant and finely balanced wine. Ripe, concentrated flavours of citrus and nectarine fruit with barrel ferment nuttiness and a slightly creamy texture help to give nice weight and finish.

Mahi Twin Valleys Chardonnay 2016 is an elegant and finely balanced wine. Ripe, concentrated flavours of citrus and nectarine fruit with barrel ferment nuttiness and a slightly creamy texture help to give nice weight and finish. The aim for this Chardonnay is to retain a fresh structure rather than producing a wine that is too broad. The clone and site help with this, but also the picking decisions also work to retain acidity in the glass.

Mahi, meaning ‘our work, our craft’, began in 2001, fulfilling a dream of ours. After 15 vintages it was time to do our own thing. With a strong focus on single vineyard wines, and now backed up by a series of premium regional wines from Marlborough, the idea behind Mahi is to respect and promote the individuality of the various vineyards. The Mahi symbol represents the strength, life and growth of the native New Zealand frond (fern), with the understanding that wine should never be rushed to bottle, respecting its ability to evolve naturally over time.