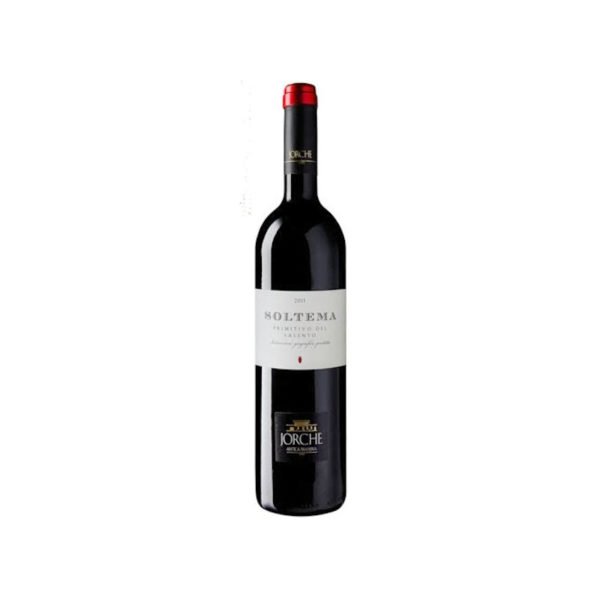 Jorche Primitivo 2016 Italy – Ideal environmental conditions: sun, earth and a sea breeze favour an excellent maturation of the grapes. The unique aromas and perfumes characterise this wine which is structured and has a soft and velvety taste. 100% Primitivo with a red ruby colour and ethereal and fruity mixed berry.

Jorche Primitivo 2016 Italy  – Ideal environmental conditions: sun, earth and a sea breeze favour an excellent maturation of the grapes. The unique aromas and perfumes characterise this wine which is structured and has a soft and velvety taste. 100% Primitivo with a red ruby colour and ethereal and fruity mixed berry.

This story began with Giovanni, in the “palamientu” of the Gianfreda family. The son, Costantino, worked side by side with his father is this company. But in the 20’s, they found themselves affronting a difficult moment in wine producing in Puglia: the vines were destroyed of the phylloxera disease and they had to start all over again.
All resources and energy were dedicated to planting the new vines- which took the place of the old fig and almond trees-and also to producing the wines which were destined for the cellars in the North.
Cosimo, who was the Giovanni’s nephew, continued the family tradition with determination, and managed to increase the production by restructuring the organisation: at the end of the 50’s, he built the  first real mechanical cellar.

Just a small distance from the sea, Pepe and Cirenaica are the two old grape plots, the oldest grapevines are about 40 years old. Twelve hectares of land, particularly adapt to the cultivation of the vines that produce the grapes in a limited amount but of high quality.
They are the family vineyards that contain the history of the winemaking of the area: on the small farm Cirenaica, an old “trullo” house continues to tell the story of farmers’ life in the countryside, from when, during their work in the fields, they were used as a place for refuge during the winter and as living conditions in the summer.
The six hectares of the young vines are dispersed all around the new cellar.
Jorche primarily cultivates Primitivo, together with different autochthonous types of vine such as Negramaro, Fiano and Bianco D’Alessano.
Work at Jorche is continued in salvage operations and of the valorisation of the vineyards, that over time have been neglected, and one of these is Bianco d’Alessano, a typical variety of the area.

Be the first to review “Jorche Primitivo 2016 Italy” Cancel reply