Johann Michel Cornas 2016 – Whiffs of truffle, leather and violet introduce this deft, nuanced Syrah. Blackberry and plum flavors are intensely ripe but muted by savory notes of spice and earth. Freshly balanced and supple on the palate, it finishes with a firm, penetrating grip of tannins. Lovely already it should soften and meld from 2021 and continue to improve through 2030. ANNA LEE C. IIJIMA

Johann Michel Cornas 2016 – Whiffs of truffle, leather and violet introduce this deft, nuanced Syrah. Blackberry and plum flavors are intensely ripe but muted by savory notes of spice and earth. Freshly balanced and supple on the palate, it finishes with a firm, penetrating grip of tannins. Lovely already it should soften and meld from 2021 and continue to improve through 2030. ANNA LEE C. IIJIMA

Cornas is a French wine Appellation d’Origine Contrôlée (AOC) in the northern Rhône wine region of France based in Cornas, south of Lyon. It is one of the smallest appellations in the Rhône valley and produces only red wine, from the Syrah grape.[1]

The name Cornas is Celtic for “burnt earth”, and the first written sources mention wine in the region as early as 885.[2] Both Louis XV and Cardinal Richelieu are said to have been admirers of the wine.[2] Cornas became an official appellation in 1938 although it was not until 1950 that the first local producers began bottling the wine themselves.[3]

Cornas, along with the rest of the northern Rhône, has a continental climate rather than the Mediterranean climate found in the south. However unlike some of the other northern Rhône appellations, Cornas is mostly shielded from the cold le mistral winds that can last into the Spring, and is often the first appellation in the north to begin the harvest.[1] The vineyards are just north of Valence, in a fairly small area of steep slopes facing east south east, south of Tain l’Hermitage. The vineyards are situated at anything between 100 meters and 400 meters above sealevel. In the northern part, especially near “Les Chaillot“, the soil contains chalk but is mostly sandy and rocky, with characteristic reddish-brown dirt.[4] The sunny sector of “Quartier de Reynard” which has vines at 300 meters has a granite soil. To the south, near “La Côte” and “La Combe“, the soil is mostly clay.[4] It is a small appellation of only 90 hectares, with an average output of 4,000 hl.[5] By way of comparison there are individual châteaux in Bordeaux which produce more wine than the entire Cornas appellation.

Along with most wines produced in the northern Rhône, Cornas is a red wine made from the Syrah grape. No white wines are produced. Any wines designated Cornas AOC will be made from 100% Syrah by law. Although growers could plant different grape varieties in Cornas, the appellation is planted exclusively with Syrah as any wine made from other grapes would have to be sold under a different label, probably Côtes du Rhône AOC and as a result would fetch a lower price.

Cornas used to produce wines which required long ageing, but a new more fruit forward style has emerged under the impulse of winemaker Jean-Luc Colombo. Several producers still produce a more traditional style which typically requires 6–7 years in barrel and bottle before it is approachable.[4] Minnow Creek The Black Minnow Sangiovese Cabernet 2018 Showing a generous entry of bright red fruits leading to an intense burst of deep vibrant dark cherry fruits with a touch of typical savouriness from the Sangiovese. The mid palate shows a rich complexity of red and black fruits derived from the Cabernet component.The back palate combines an intense array of vibrant complex berry flavours and allspice finishing with a delightful fine tannin structure of great length. 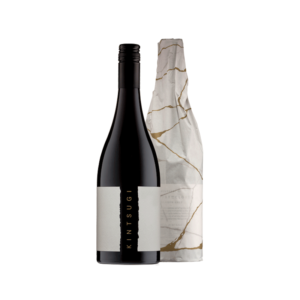