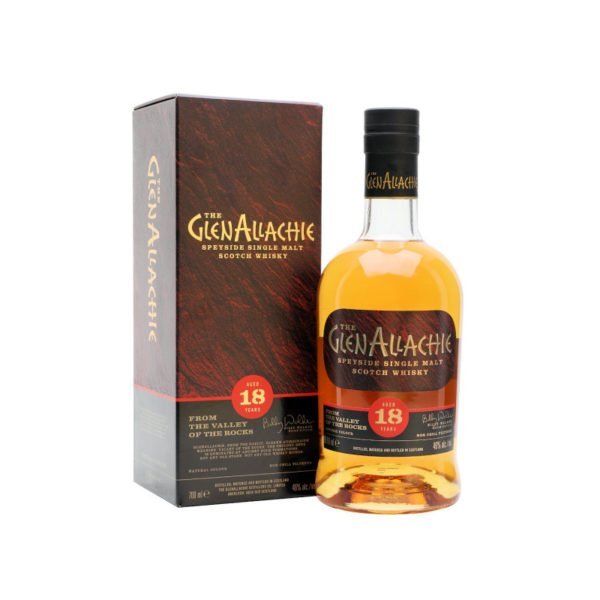 LONG FERMENTATION
At GlenAllachie, we have the capacity to produce four million litres of alcohol (LOA). We made the decision to reduce this to just 800,000 LOA. Such a large quantity was simply surplus to our requirements; we wanted to focus on developing GlenAllachie as a single malt brand. By slowing down production, we now have the luxury of time for a longer fermentation of 160 hours. This allows us to better understand the operations at the distillery and gives us the time to discover the character of the new make spirit.

DISTILLATION
Our still house has two separate spirit safes which allows us to operate each set of stills independently. As the distillery was designed to be gravity fed, we also have horizontal condensors that makes it easier to maintain a consistent temperature, or increase/decrease to alter the character of the spirit.

Unusually for a start-up company, we are extremely fortunate to have obtained a vast amount of aged stock along with the distillery, dating back as far as the 1970’s – we’ve been given the gift of time. When we received the keys to GlenAllachie, Master Distiller Billy Walker immediately set to work putting his fingerprint on our single malt.

WAREHOUSING
Just like our whisky, this is something we certainly aren’t short of. At the moment we have 16 warehouses at GlenAllachie, of which we store over 50,000 of our own casks on site. When we bought the distillery in 2017, Billy decided he wanted to add a little tradition with the addition of two dunnage warehouses. His vision doesn’t stop there, with future plans for more warehousing.

A NEW ERA
In an era of mergers and acquisitions we buck the trend taking GlenAllachie private. We make decisions for all the right reasons, the quality of our whisky always being the top priority. No shortcuts.

A team driven by passion, we are lucky enough to be writing our own history, creating our own legacy and introducing the world to the GlenAllachie Speyside single malt.