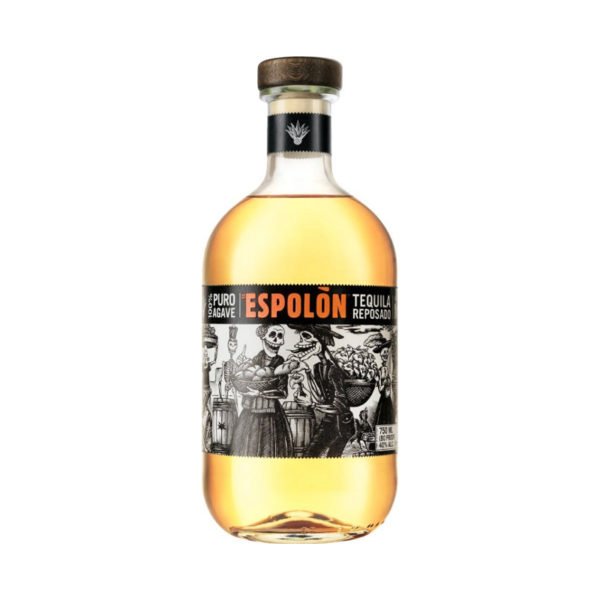 Espolon Reposado Tequila. Our tequila Reposado starts off life as Blanco. It’s then rested in lightly charred, new American oak barrels to create a more complex and well-rounded character uniquely Espolòn. This one begs to be shared in cocktails that deserve even greater tequila character.

Espolon Reposado Tequila. Our tequila Reposado starts off life as Blanco. It’s then rested in lightly charred, new American oak barrels to create a more complex and well-rounded character uniquely Espolòn. This one begs to be shared in cocktails that deserve even greater tequila character.

A MASTER AND HIS DREAM
Master Distiller Cirilo Oropeza spent decades learning both the science of distillation and the art of tequila making. His passion for it, matched with his strict attention to detail, allowed Cirilo to dedicate himself to the dream of creating a tequila of great quality that everyone could enjoy.

Espolòn Tequila Master Distiller Cirilo Oropeza in a Blue Weber Agave field at Destiladora San Nicolas, in Los Altos, the Highlands of Jalisco, Mexico..
In 1995 he met a local entrepreneur who shared his ambition. They formed a partnership which enabled the creation of a state-of-the-art home for this dream tequila. Destiladora San Nicolas became that home and Espolòn became that tequila.

The award-winning tequilas of Espolòn stand as testament to Cirilo’s pioneering spirit, commitment to his art and promise to never give up on his dreams.

THE GREAT ROOSTER TALE
When it came time to name his beloved tequila, Master Distiller Cirilo looked to another important part of Mexican culture for inspiration. Named for the spur of the rooster, a powerful symbol of national pride, Espolòn is a fitting tribute to the true storied culture of Mexico.

We call our rooster Ramón. He’s our icon and our spirit animal. Ramón leads the charge. He’s not afraid to stir things up. And he can be counted on anytime you need a little spur to get things going.

Ramòn the Rooster, icon and spirit animal of Espolòn Tequila. Named for the spur of the Gallo, a symbol of national pride.
THE LEGEND BEHIND THE LABEL
Espolòn, at its heart, is a tribute to Mexican culture. Our artwork, like our tequila, borrows from the past and gives it a modern twist. Each label tells a story from Mexico’s rich history. Each captures a different moment, but all pay tribute to one true hero – José Guadalupe Posada.

Posada was a 19th century artist and printmaker, a real pioneer and a bit of a rebel. His most famous work, the calavera (skulls), made powerful commentary on the social injustices of his time. With his sharp wit and clever hand, he gave his people a voice, and gave the art world a style that continues to influence pop culture today.

Espolòn Tequila labels pay tribute to Jose Guadalupe Posada, 19th Century Mexican printmaker famous for calavera skeletons now know as Day of the Dead artwork.
Espolòn Tequila Blanco label: Hecho &amp; Envasado en Mexico. Destiladora San Nicholas, Arandas, Jalisco.
“Independencia,” the label for Espolòn Tequila Blanco, honoring Mexican Independence Day and made as tribute to Jose Guadalupe Posada calavera skeletons.
LET’S START A REVOLUTION
Each year Mexico marks September 16 to celebrate its Independence. This day is chosen to commemorate the 1810 uprising which saw Father Miguel Hidalgo lead the people in the first stand against the injustices of Spanish rule. Our Blanco label is a fitting tribute to that occasion. Here, Guadalupe and Rosarita fight alongside Father Hidalgo, known from this eventful day forward as the father of his country. Our very own Ramón the Rooster leads the charge, setting the stage for Mexico’s revolution.

Espolòn Tequila Reposado label: Hecho &amp; Envasado en Mexico. Destiladora San Nicholas, Arandas, Jalisco.
“Recuerdo,” the label for Espolòn Tequila Reposado, depicting the Mexican marketplace, and made as tribute to Jose Guadalupe Posada calavera skeletons.
LET’S REMEMBER THE MARKETPLACE
The marketplace holds special importance in Mexican history. It’s where culture meets commerce, arts mingle with crafts and all walks of life come together. This story of the market goes way back to the remnants of the ancient Aztec civilization, and the establishment of Mexico City by the Spanish conquistadors. In it, our gutsy do-gooders Guadalupe and Rosarita, guided by Ramón the Rooster, scheme to keep important traditions of their culture alive.

Be the first to review “Espolon Reposado Tequila” Cancel reply 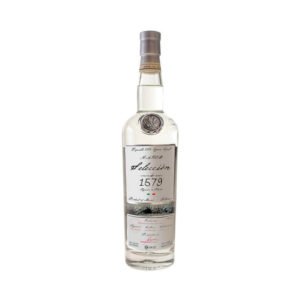 Arte NOM Seleccion 1579 Blanco. The mountain town of Jesús-María is tequila’s highest altitude agave region, and the El Pandillo Distillery is arguably one of the most forward-thinking and sustainable distilleries in the business. There, Felipe Camarena masterfully crafts this bright, aromatic tequila from stressed hillside agave plants, slowly roasted in brick ovens and macerated intact with fiber for a pronounced agave flavor. 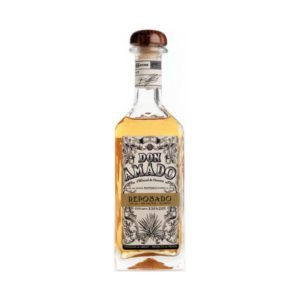 In the highlands of southern Mexico, the renowned Arellanes family has been crafting one of the region’s most celebrated mezcals since the late 1700s.

Eleven generations of continual mezcal distillation with a legendary commitment to craftsmanship and experimentation have culminated in a spirit that is simultaneously complex and approachable. Don Amado is made from earthen roasted agave hearts which are, after crushing, fermented together with their piña fibers for a rich agave character. The mash is then double distilled in small traditional ceramic clay pots. Aged varieties are matured in American oak casks previously used for barreling Pedro Domecq brandy.

Familiar Mexican flavors of roasted corn slathered in butter, hints of vanilla and cinnamon, tropical fruit and dried chilies are balanced with a moderate amount of smoke leading into barrel notes of a satisfying, slightly spicy vanilla-driven extended finish. ArteNOM Seleccion 1414 Reposado.Tequila’s highest altitude distillery is perfectly suited to produce the silver Seleccion in small artisan batches of intensely aromatic, fruit forward tequila thanks to the porous soil and extreme climate that stresses the agave in order to produce a higher sugar content and complexity.

This bottling, from Arandas (elev. 5,400′), is made by Feliciano Vivanco who has been cultivating highland agave since Mexico’s tumultuous post-revolutionary period of 1919-1929. The family now holds 2,000 acres of estate-grown agave producing a rich, well-balanced spirit. 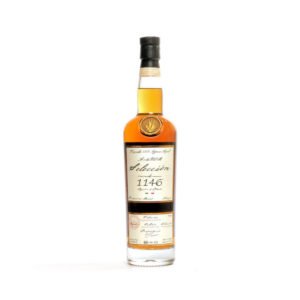