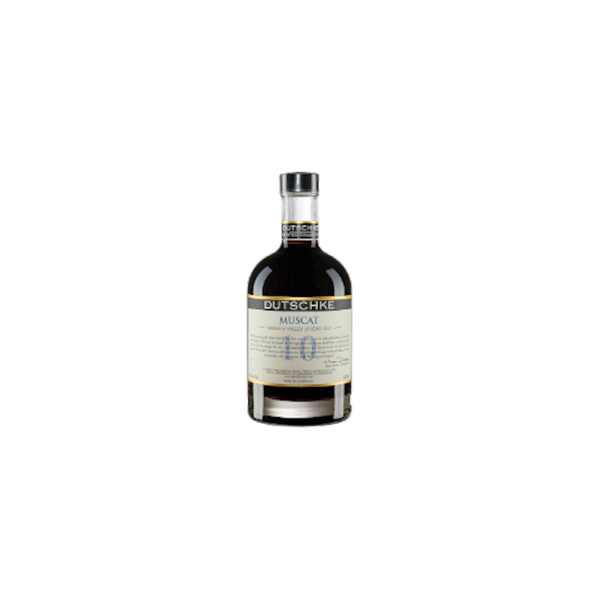 Dutschke Muscat 10 Year Old. This Muscat is made by harvesting the grapes when very ripe, almost raisined, then crushed and fortified with grape spirit during the initial stages of fermentation. The grape spirit prevents any further fermentation and preserves the unique Muscat flavours and natural grape sweetness. The wine is then clarified and put to barrel, to mature untouched for years. By blending different vintages of Wally’s Muscat together, an average age of 10 years and a complexity of flavours from years in oak is achieved. Traces of the very old Muscat I brought back from Bailey’s also contribute to the richness and depth of this special drop.

One may find characters of fruitcake, toffee, raisins, coffee and butterscotch. These flavours combined with the natural grape sweetness, oak and alcohol all go together to produce a wine style uniquely Australian.

Best consumed with a good mate on a cold night, or even poured over vanilla ice cream. Great stuff!

Dutschke Muscat 10 Year Old. This Muscat is made by harvesting the grapes when very ripe, almost raisined, then crushed and fortified with grape spirit during the initial stages of fermentation. The grape spirit prevents any further fermentation and preserves the unique Muscat flavours and natural grape sweetness. The wine is then clarified and put to barrel, to mature untouched for years. By blending different vintages of Wally’s Muscat together, an average age of 10 years and a complexity of flavours from years in oak is achieved. Traces of the very old Muscat I brought back from Bailey’s also contribute to the richness and depth of this special drop.

One may find characters of fruitcake, toffee, raisins, coffee and butterscotch. These flavours combined with the natural grape sweetness, oak and alcohol all go together to produce a wine style uniquely Australian.

Best consumed with a good mate on a cold night, or even poured over vanilla ice cream. Great stuff!

Wayne started making wine in 1979 in Australia as well as knocking out a few vintages in Spain and California. In 1990, Wayne formed his own brand called WillowBend producing a blend of Merlot, Shiraz and Cabernet. Interest from the United States in 1998 brought about a name change to Dutschke Wines as well as a few new brands – GHR Neighbours Shiraz, St. Jakobi Shiraz and the reserve wine Oscar Semmler Shiraz.

Since their first crush in 1990, Dutschke Wines has strived to make wines of the highest quality that show Wayne’s expression of the characteristics of that precious patch of dirt from a precious corner of the Barossa Valley. 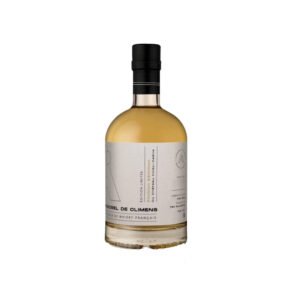 SINGLE MALT 2016
FINITION SÉMILLON, MATURED IN DRY WHITE WINES BARRELS FROM CHÂTEAU DOISY-DAËNE
GRAND CRU CLASSÉ DE BARSAC SAUTERNES
BOTTLED IN MARCH 2020.
PRODUCTION OF 750 BOTTLES
46% VOL.
LIMITED EDITION
AT THE DISTILLERY, SELECT AND ASSEMBLE THE BEST WHISKEYS TO MARRY EACH BARREL OF WINE, AND THUS GIVE A UNIQUE MATURATION, A UNIQUE FINISH !
AT THE WINEMAKERS, CHOOSE THE BEST BARRELS TO SUBLIMATE THE MATURATION OF MY WHISKEYS.
FINALLY, WHEN TIME HAS COME, WORK GENTLY ON BOTTLING, WITHOUT COLD FILTRATION AND COLOURING AGENT, TO GUARANTEE AN UNPARALLELED FRESHNESS OF FLAVOURS.
MATURATION :
AT THE EXIT OF THE STILL, THE MALT BRANDY MUST UNDERGO A STRUCTURING PHASE TO GAIN BODY AND VOLUME. IT IS THE ROLE OF THE NEW BARRELS WHICH, BY RELEASING TANNINS, WILL CONSTITUTE THE BASES OF THE FUTURE WHISKEY. THIS PHASE LASTS BETWEEN 3 AND 4 YEARS.
FINISHES :
THIS IS THE TECHNIQUE OF USING BARRELS THAT HAVE ALREADY CONTAINED WINE OR OTHER BRANDY TO BRING AN AROMATIC COMPLEXITY AND A UNIQUE IDENTITY. THIS PHASE LASTS BETWEEN 6 AND 18 MONTHS.
$127.95 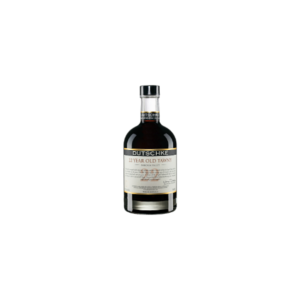 Dutschke 22 Year Old Tawny. “The 22 Year Old Tawny” is our blend of some fantastic individual components. Over recent years we have put together a Solera of old fortified wines, allowing us to bottle a small volume of some consistently good stuff each year. The blend is made up of a long list of varieties including Verdelho, Grenache, Shiraz, Touriga, White Muscat, Pedro and Palomino. Some of these components date back over 40 years, and are responsible for adding the lusciousness and the distinctive “rancio” (butterscotch) characters we find in this wine. There’s plenty of rich, rancio, butterscotch flavours, fine drying oak tannins and a warm alcohol finish, resulting in a complex length of flavour.

Each of these individual fortified wines have been left to rest, maturing in oak barrels untouched for many years. Our job has been simply to put the blend together to generate this wonderful combination of flavours. 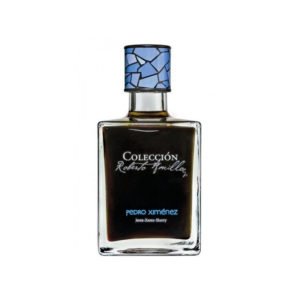