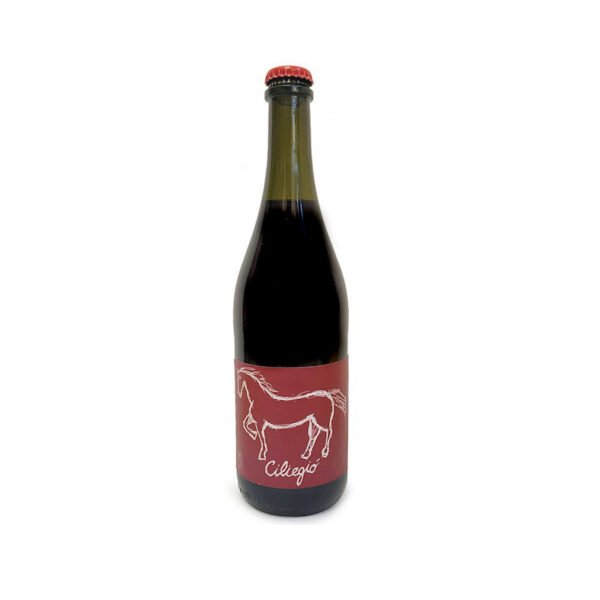 Danilo Marcucci, the ‘Yoda of natural wine’, has created a cherry bomb. The grape itself is named after the Italian for cherry, but Marcucci has really lived up to the name here. Easy acidity, light levels of spice, and juicy, fleshy red fruit

Della Staffa Ciliegio 2018The grape itself is named after the Italian for cherry, easy acidity, light levels of spice, and juicy, fleshy red fruit

The grape ciliegiolo – named after the Italian word for ‘cherry’ – is, as you would expect, full of cherry notes but it doesn’t stop there. There’s a subtle spicy warmth to its bags of fruit that makes for a very satisfying light-to-medium bodied grape variety. There’s a gentle acidity to it’s natural softness that makes for a refreshing partner with lots of different types of food. Ciliegiolo is the friend you invite to a party and don’t worry about cos they’re super easy-going and get on with almost anybody. And in winemaker Danilo Marcucci’s hands, it’s a grape that – if you’re anything like us – you’ll seek out in all its possibilities, from sparkling to rosato, and here as a still, medium-bodied red. Widely referred to as the ‘Yoda of Italian natural wine’, Danilo Marcucci not only produces his own celebrated range at his wife’s 16th century estate Conestabile della Staffa in Umbria, he also consults on an ever-growing list of vineyards across Italy. For Danilo, the sign that he has made a good wine is whether or not it reminds him of his grandparents. It was his grandfather’s homemade wine, after all, that inspired him to stop selling conventional wines and become a natural winemaker several years ago – at a time when it wasn’t fashionable or financially beneficial to do so in Italy. But Danilo was convinced that there had to be a better way – for the environment and our health – than producing wines on an industrial scale. Within just a few short years of hands-on study he was advising other winemakers across Italy on how they could produce their wines more naturally, helping them to learn to trust in nature and their own instincts over synthetic additives and harsh chemicals. ‘These are tightrope-walker wines,’ he likes to tell people, ‘everything made with risk tastes different’.

Be the first to review “Della Staffa Ciliegio 2018” Cancel reply