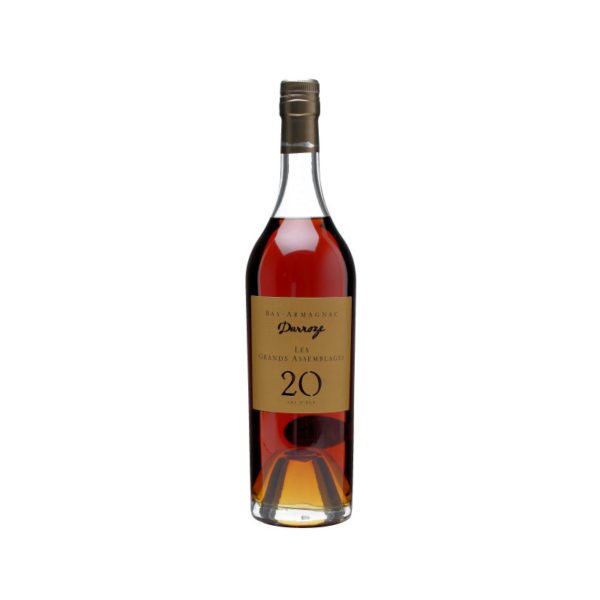 Darroze Bas-Armagnac Les Grand Assemblages 20YO.  This Armagnac is full of life and offers a beautiful character. Already, alcohol softens the tannins are refined, the flavors shape . It is certainly the best age for Armagnacs lovers who appreciate the fiery spirit.

Darroze Bas-Armagnac Les Grand Assemblages 20YO.  This Armagnac is full of life and offers a beautiful character. Already, alcohol softens the tannins are refined, the flavors shape . It is certainly the best age for Armagnacs lovers who appreciate the fiery spirit.

THE STORY STARTS WITH JEAN DARROZE AND HIS RESTAURANT IN VILLENEUVE-DE-MARSAN…
In love with his South West and its centuries old traditions, this highly respected chef of the local Landaise cuisine introduced his son Francis to the culinary arts, to great wines and to the fine Gascon eaux-de-vie. It is by cultivating this taste for tradition and authenticity that Francis Darroze mastered the talent for discovering individual estate Armagnacs, travelling all over the famous Bas-Armagnac terroir with his knowledgeable and exacting wine loving father and tasting hidden treasures in little, out of reach, unknown estates.

These first discoveries date back to the 50s and 60s, then intensified from 1970 with the construction of a cellar specifically dedicated to ageing.

His son Marc, a trained oenologist, joined his father to follow in his footsteps in 1996. Both complementing each other and both ‘treasure hunters’, as Martine Nouet nicknamed them in her book « Eaux-de-vie: le guide », they have roamed the lands of Armagnac for all these years searching for this golden liquid that they offer to you today.

Treasure hunters firstly by taste, but also to satisfy a loyal clientele looking for quality eaux-de-vie, together they are the discoverers of Armagnac. Today, Marc Darroze runs the company alone as Francis has taken his well-deserved retirement. He continues his work however, like a guardian with a watchful eye, sometimes like an antiquarian initiated by his father to help us make these treasures accessible.

THE OLDEST BRANDY IN FRANCE
We must attribute to the Arabs, if not the invention of the still, at least its improvements and especially its expansion in the Western world. It was the Moors who, passing through the Pyrenees, taught us this millenary practice. The brandy becomes a real commercial product and to avoid bad years, we begin to put it in reserve in wooden barrels that we know since the Celtic times. Armagnacwill experience a significant boom in the eighteenth century and early nineteenth, until 1870, when the phylloxera will destroy the vineyard. Armagnac will live its dark hours. Of the 100,000 hectares of vines planted at the time, only a quarter will be replanted, and trade will only start very slowly. The region must then organize itself. The Armagnac eau-de-vie takes its name definitively and officially in 1909 by its appellation name. This decree of May 25 (Fallière decree) also fixes the area of ​​production of Armagnac brandies and its three regions. The decree of August 6, 1936 defines the Appellation d’Origine Contrôlée Armagnac and its production conditions.

The culture of the vine goes back to the Romans, mosaics discovered in the remains of Gallo-Roman villas in Gers testify to this. Later towards the end of the VI century the Vascons invade the country which will bear their name, to become in 670 the Duchy of Gascony. The name Armagnac appears for the first time in the 10th century. The first commercial writings only mention it in 1464 to regulate the sale, but “l’Aygue Ardente”is already known as Aqua Ardente around 1310 in the Vatican, where texts already extol the merits (“the 40 virtues of Armagnac” from the doctor and cardinal Vital Dufour). Armagnac is thus the oldest eau-de-vie in France (Cognac only making its appearance in 1725). In the 17th century, the Dutch bought all the wines of the French Atlantic coast, with the exception of Bordeaux wines, reserved for the English. They thus conclude their first contract with Gers winegrowers. Fearing competition, Bordeaux residents intercept convoys under the pretext that no wine, other than Bordeaux can be transported by river, this is the regulation of the “Grand Privilege of Bordeaux” . If wine is banned, alcohol is not and you start distilling from stills. SINGLE MALT 2016
FINITION UGNI BLANC, MATURED IN COGNAC 1989 BARRELS FROM CHATEAU MONTIFAUD
GRANDE ET PETITE CHAMPAGNE – COGNAC
BOTTLED IN SEPTEMBER 2019.
PRODUCTION OF 950 BOTTLES
46% VOL.
LIMITED EDITION
AT THE DISTILLERY, SELECT AND ASSEMBLE THE BEST WHISKEYS TO MARRY EACH BARREL OF WINE, AND THUS GIVE A UNIQUE MATURATION, A UNIQUE FINISH !
AT THE WINEMAKERS, CHOOSE THE BEST BARRELS TO SUBLIMATE THE MATURATION OF MY WHISKEYS.
FINALLY, WHEN TIME HAS COME, WORK GENTLY ON BOTTLING, WITHOUT COLD FILTRATION AND COLOURING AGENT, TO GUARANTEE AN UNPARALLELED FRESHNESS OF FLAVOURS.
MATURATION :
AT THE EXIT OF THE STILL, THE MALT BRANDY MUST UNDERGO A STRUCTURING PHASE TO GAIN BODY AND VOLUME. IT IS THE ROLE OF THE NEW BARRELS WHICH, BY RELEASING TANNINS, WILL CONSTITUTE THE BASES OF THE FUTURE WHISKEY. THIS PHASE LASTS BETWEEN 3 AND 4 YEARS.
FINISHES :
THIS IS THE TECHNIQUE OF USING BARRELS THAT HAVE ALREADY CONTAINED WINE OR OTHER BRANDY TO BRING AN AROMATIC COMPLEXITY AND A UNIQUE IDENTITY. THIS PHASE LASTS BETWEEN 6 AND 18 MONTHS.
$132.95 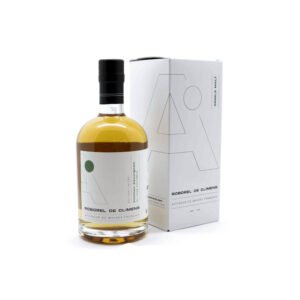 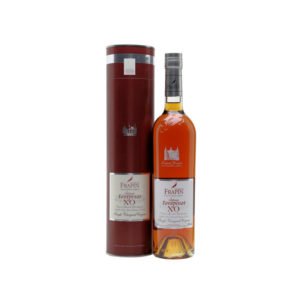 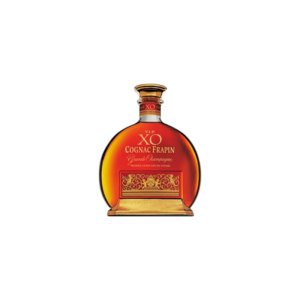 Copper with gold hue. Opening sniffs offer sweet leather, roast almonds, hazelnut, toffee apple and an array of spices including cinnamon, clove and vanilla. The robust, spicy palate yields baked apple and raisin flavours followed by a wave of cinnamon, clove and nutmeg. Warming spirit tingle, almost prickly. Drying aftertaste of orange zest, vanilla, nutmeg and old leather. If extraordinary length is one indicator of an extraordinary Armagnac, this is a solid example, but not one of the greats. 40% Alc./Vol