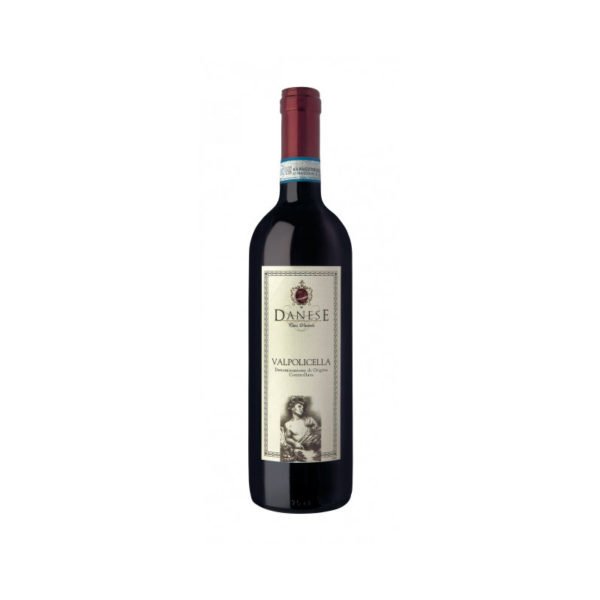 Danese Valpolicella 2016  is intense ruby-red with a distinct aroma of black cherry and some earth notes. Round and well-structured, with rich fruit and soft tannins.

Danese Valpolicella 2016  is intense ruby-red with a distinct aroma of black cherry and some earth notes. Round and well-structured, with rich fruit and soft tannins.

The Danese family founded a wine business in the early fifties in the tiny town of Roncà, situated in Verona province in area of the Lessini Mountains National Park close to Soave DOC and Valpolicella DOC areas.

It began as a traditional wine merchant business, selling the wines in bulk or in “damigiana”, which is a typical glass container that was used in many Mediterranean countries to transport wine, to the wholesalers or directly to local osterias in the North of Italy.

In the 80s three cousins of the Danese family founded a new company Srl (ltd), one of the founders of the company was Mario Danese. In order to meet growing national and international demand of bottled wine The Danese family invested in the first production facility.

In the 90s after the fall of the Soviet Union, Cantina Danese Srl decided to start a business with Eastern European countries and heavily invested in a modern and fully-equipped bottling plant.

Since 1997 Cantina Danese Srl has been fully owned by Mario Danese (father) and Luca Danese (Mario’s son) who is the also the CEO of the company.

Be the first to review “Danese Valpolicella 2016 Italy” Cancel reply