The 7th release from Corowa Distilling Co, Quick’s Courage expression is the first “Federation Reserve” release from Corowa Distilling Co. It takes its name from John Quick, an English-born Australian lawyer, politician and author who was the federal member of Parliament for Bendigo from 1901 to 1913 and a leading delegate to the Constitutional Conventions in the 1890s.

It is arguably the most ‘mature’ of the Corowa so far with total of 600 bottles released. It was first matured in American Oak bourbon barrels before being transferred in ex-Pedro Ximenez Sherry Barrels for the sherry influence with sweeter toffee and vanilla notes.

The 7th release from Corowa Distilling Co, Quick’s Courage expression is the first “Federation Reserve” release from Corowa Distilling Co. It takes its name from John Quick, an English-born Australian lawyer, politician and author who was the federal member of Parliament for Bendigo from 1901 to 1913 and a leading delegate to the Constitutional Conventions in the 1890s.

It is arguably the most ‘mature’ of the Corowa so far with total of 600 bottles released. It was first matured in American Oak bourbon barrels before being transferred in ex-Pedro Ximenez Sherry Barrels for the sherry influence with sweeter toffee and vanilla notes. 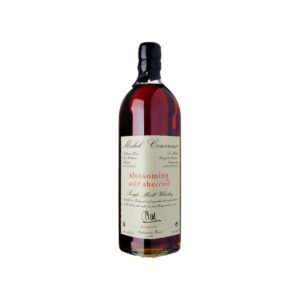 Mellow, and long in the mouth. A fabulous balance between sherry’s warmth and the fresh flavours only barley can produce. To be preferably consumed after diner at room temperature (17 to 18°C).

This label does not indicate time spent in wood because the whisky’s maturity is reached differently in every cask.

Age is only one of the complex factors on which maturation depends. Blossoming Auld Sherried is the perfect demonstration of sherry impregnated wood’s greatest significance.