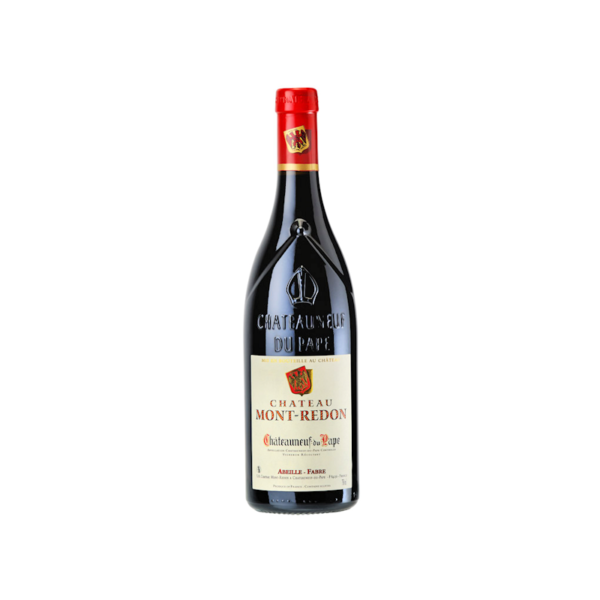 The first vines found at Mont-Redon date back to Roman times. They were planted at the bottom of the hill, sheltered from the Mistral wind, that gave its name to the Mont-Redon property.

In 1344, “Mourredon”, part of the Pope’s land holdings, was officially recognised as a vineyard. In the middle of the 18th Century, the nobleman Joseph Ignace d’Astier, a lawyer with a doctorate in Law from Avignon, acquired Mont-Redon. The Mathieu family, descendants of the Astiers, then took ownership.

Anselme Mathieu, who called himself the “Marquis of Mont-Redon”, ran the domaine until his mother, Claire Mathieu, died, causing the inheritance to be split up amongst her children. At the same time, in 1866, phylloxera ravaged the Châteauneuf-du-Pape vineyards.

In 1923, Henri Plantin took over Mont-Redon and its 2.5 hectares of vines spread out across the appellation. He worked on grouping together as many parcels as possible, and had the foresight to plant on the wide open plateau, with its rocky soil and forest patches, never before cultivated, that looks over the Château. Alive with the same passion for their work, always in quest of the highest quality terroirs and the grape varieties that are best adapted to them, Henri Plantin’s descendants continue to search out the best pieces of land with which to ensure the domaine’s growth.

For four generations, in the middle of their vines and through the centuries, the family has continually enhanced its wine-making knowledge, always in pursuit of greater quality.

Today, Château Mont-Redon owns 186 hectares in the Châteauneuf-du-Pape appellation, of which 100 are planted with vines. In 1980, another domaine was acquired in the Côtes du Rhône, and in 1997, one in Lirac.